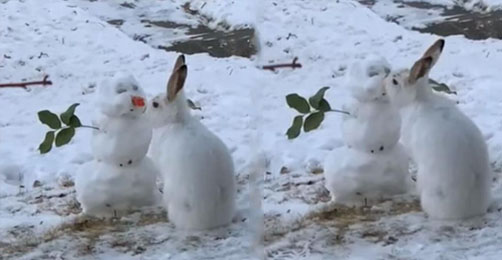 It’s winter, therefore snowmen are everywhere, and it turns out that they please not only children, but also other cute creatures such as deer and rabbits. The only difference is that these cuddly creatures appreciate them for their gorgeous orange nose, not for the amount of snow they’re made of. After all, who can blame them? 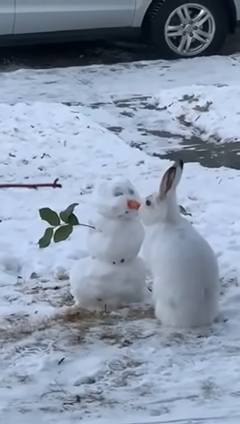 So, when one family from Calgary’s Cambrian Heights community created a snowman in front of their house, they thought the sun would be its only adversary, but they were absolutely wrong. It wasn’t long until a small adorable creature noticed the Bryants’ snowman and bit its nose. Of course, the family had no choice but to have fun and take pictures of the wonderful scene. 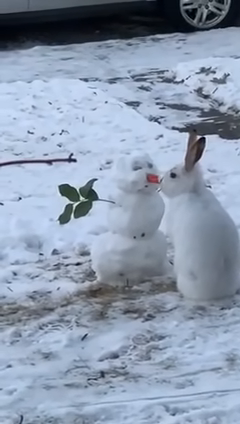 Anyway, the Bryants had no idea the short film would become viral, but as Sheila Bryant uploaded it, it rapidly became the talk of the town, with viewers falling in love with the fairytale-like scene. “Just giving the snowman a kiss,” the family can be heard saying while taping the hungry rabbit chewing on the sad snowman’s nose. 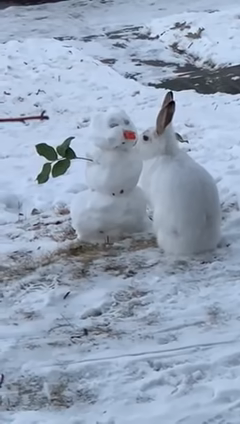 This isn’t the first time a bunny has attacked a vulnerable snowman and removed its nose, according to reports. This sort of incident happens so frequently that it’s even been the subject of a poem.

“There was a tiny snowman with a carrot nose,” the poem begins. “What do you believe happened when a rabbit appeared? On the hunt for a lunch, that hungry small rabbit ate the nose of the little snowman! “Nibble, nibble, crunch!” says the narrator.