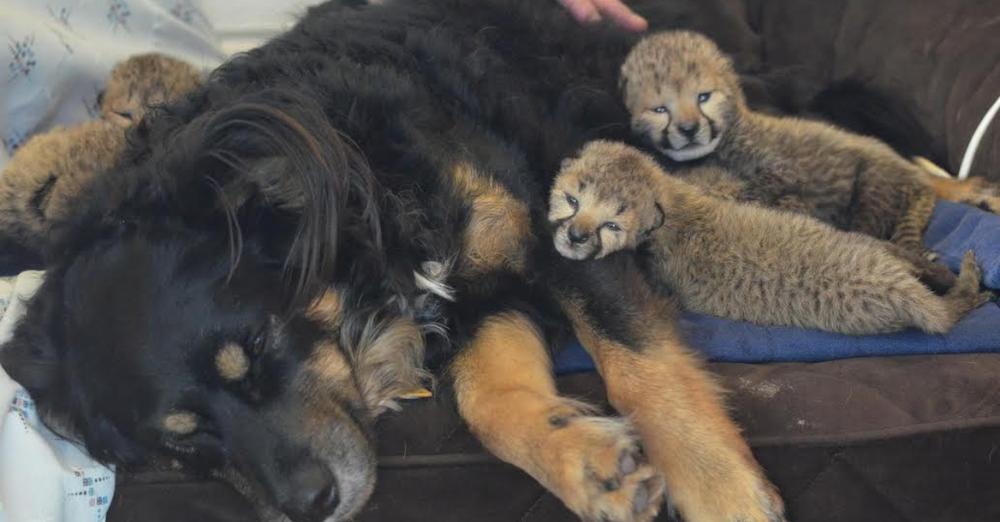 When he became a single father to five orphaned cheetah cubs, this Australian Shepherd proved to the world that impossible is nothing for a dog. The tiny ones’ mother died soon after giving birth, and their chances of survival were slim to none. They all got a second opportunity thanks to Blakely, a really compassionate puppy! 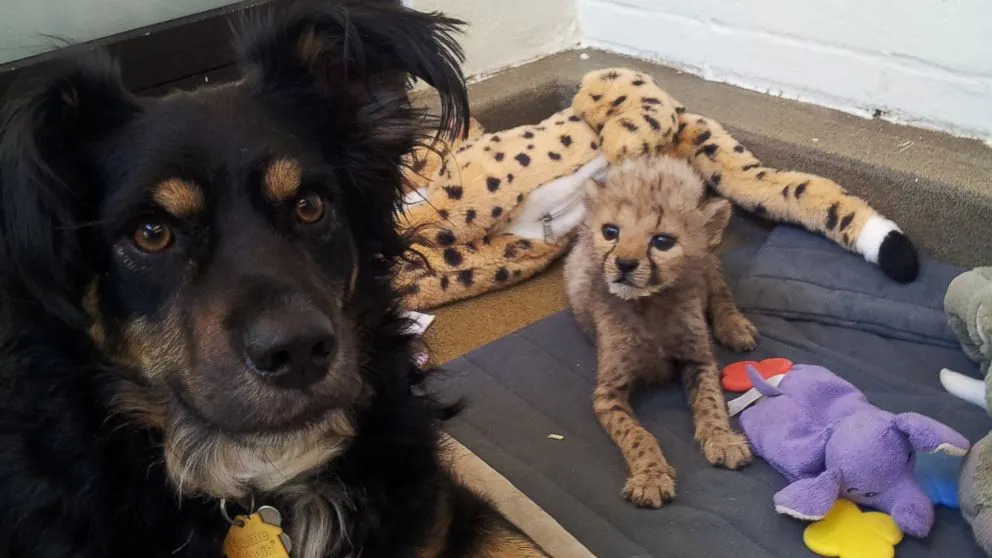 The five babies – three boys and two females – were born in the Cincinnati Zoo & Botanical Garden’s Cheetah Breeding Facility, where their mother, Willow, was a regular visitor. Unfortunately, the 5-year-old girl left a few weeks after giving birth due to unforeseen circumstances.

The crew did everything they could to save the cubs, but it was clear that it would be impossible. The cubs must stay near to their mothers throughout their first few weeks of life. Regardless, they transported the cubs to the nursery, where they were given the best medical care and were constantly bottle fed. The employees’ primary concern, though, was maintaining their body temperature. They merely needed their mother’s warmth to survive. That’s when Blakely entered the room! 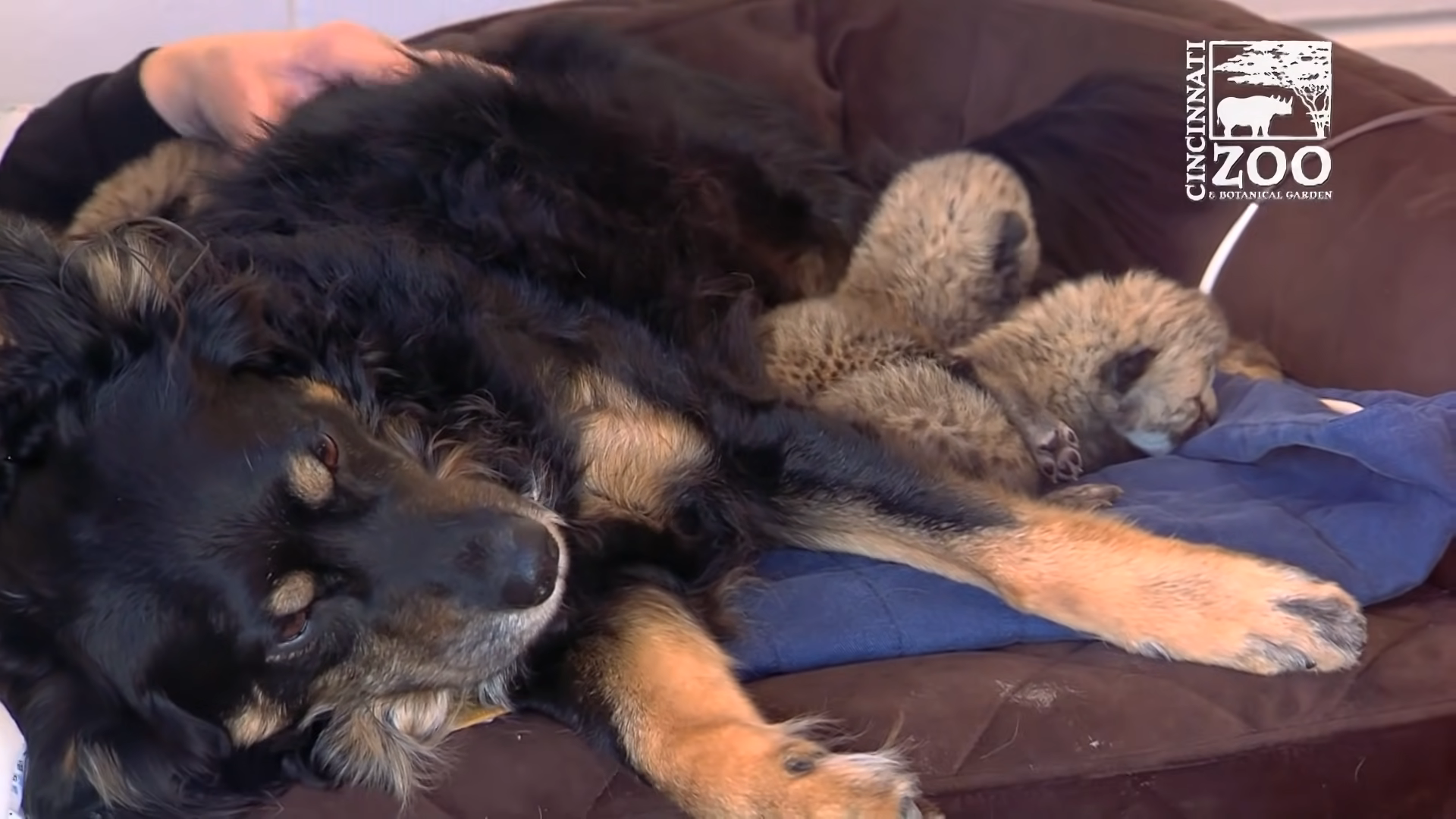 Blakely, who has been a resident of the facility since he was rescued at the age of seven months from a local shelter, is more akin to a therapy dog. This was not the Australian Shepherd’s first time in a similar predicament. He was used as a support dog for another cheetah who had lost her young after consoling a calf. As a result, the first time he encountered the cubs, he and they formed an instant bond. Blakely gives them the comfort of a mother, and the children appear to enjoy snuggling and climbing on him. Blakely only visits them twice a day, despite the fact that they get along so well. The staff guarantees that they are safe the remainder of the time.

In any case, the devoted canine companion will remain by their side for a long time. “Blakely’s role in the cubs’ development will shift from climbable companion to teacher and role model as they grow older,” said Dawn Strasser, the zoo’s head nursery keeper.