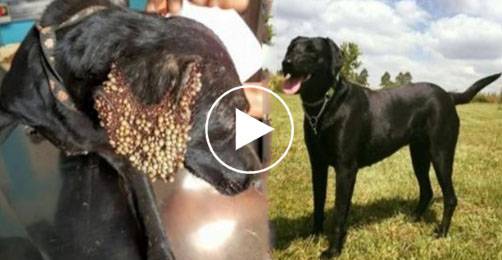 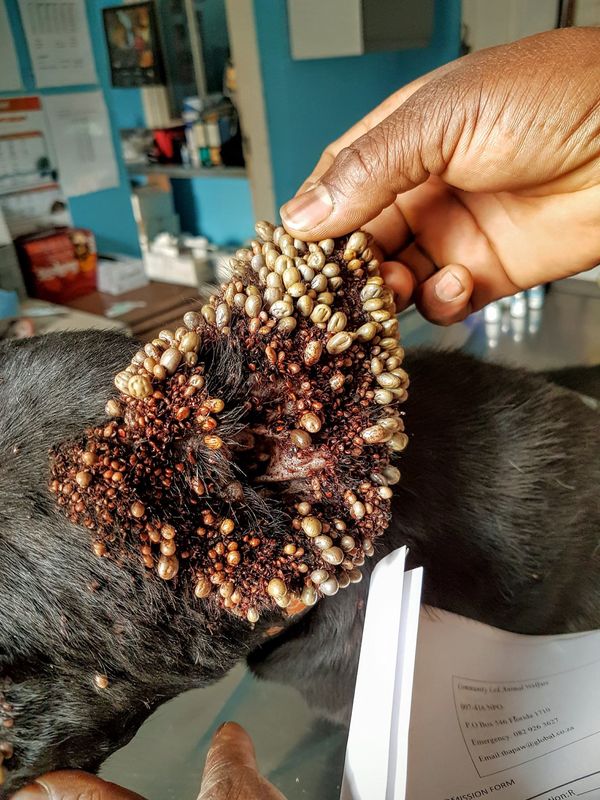 CLAW (Community Led Animal Welfare) rescuers from Johannesburg, South Africa, were dispatched to rescue Belle from a horribly neglected home. The poor young dog, a cross between a lab and a hound, had already been an unwilling host to the ticks for a long time and was on the point of d.ea.th. She was an.em.ic and feeble, and she was su.ff.ering from tick fever. 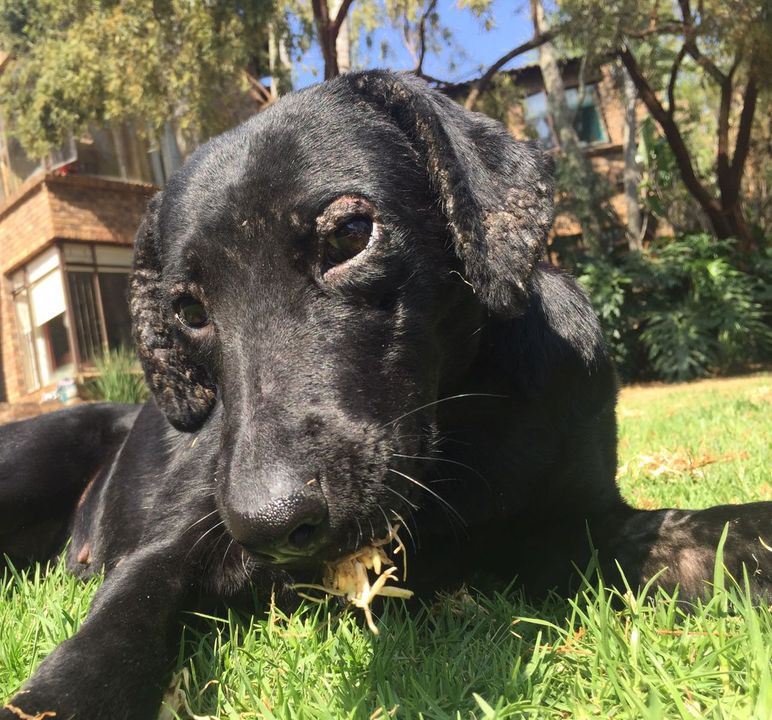 They rushed her to the vet to get emergency medical care.

They hurried her to the veterinarian for immediate medical attention.

Ticks are a common problem in many parts of the world, but the tick infestation on Belle’s body was sh.oc.king. 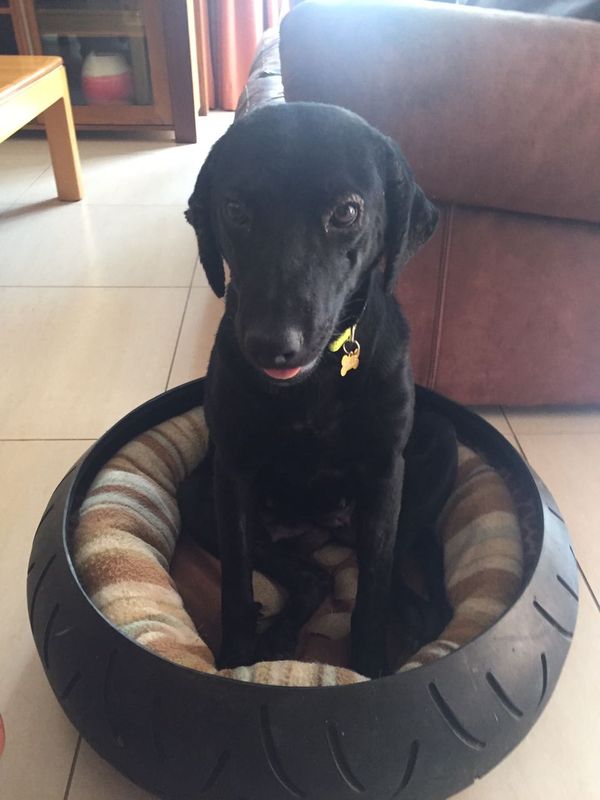 She was covered in thousands of ticks. They’d coated the outsides of her soft, floppy ears and crowded within. They’d clung to her eyelashes, making it difficult for her to see. The ticks had been feeding on Belle for so long that they were bloated with her blood, surviving on the blood vessels in her fragile, thin-skinned places.

The tick infestation was so bad that the medical staff couldn’t get rid of them. Belle had already lost so much blood to the parasites that removing them one by one would cause her to lose too much blood and d.i.e.

Instead, she was given powerful anti-parasitic medicines.