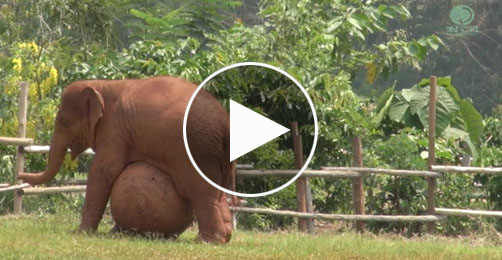 This cute baby elephant shows off his silky skills as he gives a first class demonstration in ball control under the watchful gaze of his proud mother. The elephant, called Luk Chai, seemingly smiles as he contentedly chases the massive football around his paddock. 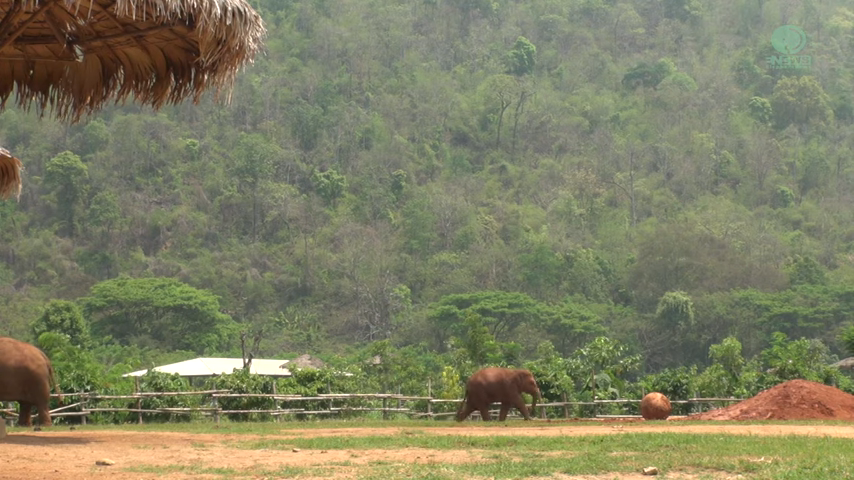 Luk, which means son, raced after the ball after his mother, Porntip, kicked it for him to retrieve. Luk, who was the first Asian elephant to be born in Australia, then fell in a heap on top of the ball before knocking it back to his mother for another round of the kick about. The photos were taken by amateur photographer Renee Doyle while on a family visit to Taronga Zoo, in New South Wales, Australia. 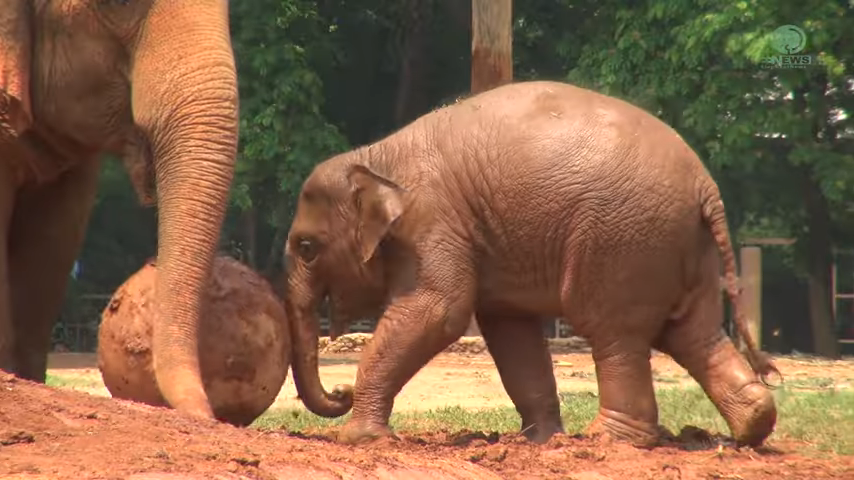 The 46-year-old grandmother, from Queensland, said: ” Luk is so full of personality and wonderfully playful that I could just stand and watch him all day. He loves to chase after his football. Sometimes it is the keepers that roll the ball toward him and sometimes it’s one of the adult elephants that kicks the ball for him to go chase after. In these photos it was his mum. He will even swim in the small pool pushing his ball around if it happens to roll in there. There’s no set routine – it’s just playtime. The keepers do an absolutely amazing job and interact with all the elephants on a daily basis. There are no goals in the yard and the ball just goes wherever it goes but there will be no doubt that Luk will be chasing it. 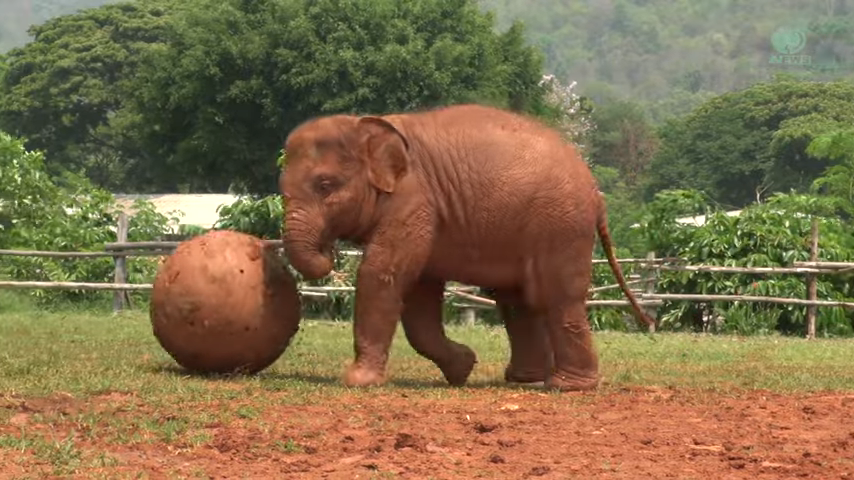 All the elephants get sᴛɪᴍᴜʟᴀᴛᴇᴅ with different toys and perform amazing balancing acts but they all enjoy it immensely. To me it always look like they are smiling. It seemed as if Luk never stood still but ran around playing and just loving all the attention he was getting. The crowds were quite thick as this was the first baby elephant to have been born in Australia and everyone wanted to see him.”