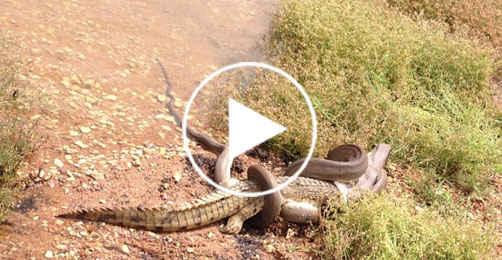 After a five-hour battle between SNAKE and the crocodile, we saw that the snake had taken complete control of the crocodile. 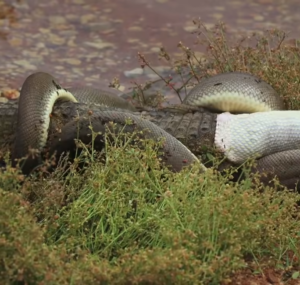 The snake, about 10 feet long and supposedly a python, fell into the crocodile before pulling it to shore in front of a startled crowd.